Today, Amazon is offering a refurbished Wi-fi Kindle Voyage for only $135 and can even be purchased on a payment plan of five payments of $27 each.  The device normally costs $199 new.

The Kindle Voyage has a 300 ppi display and features PagePress sensors for one touch page turns  and an adaptive front light that self-adjusts to the available light.

The refurbished Voyage is also available in a Wi-Fi plus 3G configuration for $195.

Amazon’s refurbished Kindles come with the same one-year warranty as its new devices.

Amazon has unveiled its upcoming Echo model with video capacity. The device, called the Echo Show, featuries a 7-inch touchscreen with new video oriented features. It also has a microphone and camera that can be turned off.

According to the announcement, the device can:

Rumors about the device have been floating around since the late 2016 and a leaked image of the device has been seen on various tech sites over the last week or so. Personally, I was surprised the the leaked picture actually turned out to be the actual device – I thought the design was a little dated and it reminded me a lot of the Sony Dash HIDC10 (a 7-inch touchscreen media device) but with a speaker on the bottom.

Here’s a picture of the Sony Dash HIDC10 from the Amazon’s product page:

I have used the Sony Dash as an alarm clock/media device for almost seven years. Year ago, Amazon had an app for the Dash that allowed you to watch Amazon Video on the device. The Dash video app was discontinued when Amazon came out with its own Fire Tablets. 😦 While the Dash has been discontinued, I still use mine and consider it one of my indispensable devices.

There is a lot that we still don’t know about the device. The questions are already starting to pop up on Amazon about what video services it will support, etc. I am curious as to why you can only make voice calls to someone who has an Echo or an Echo Dot. Given that the number of skills that have expanded the original Echo’s feature set, it will interesting to see what evolves with the video version.

The Echo Show will be released on June 28, 2017, will retail for $229.99 and is available in both black and white. You can find more information on the product page here. Amazon is also having an introductory Buy 2, Save $100 special if you want more than one or one for a friend or family member.

I just ordered one of these to check it out. What about you? Does this new Echo device sound interesting to you? 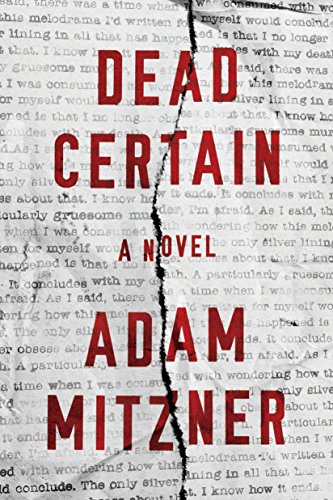 Every month, Amazon allows Prime members to download one upcoming book from one of Amazon’s imprints for free. The books are chosen by Amazon’s editors. (These deals are for US customers only.)

This month’s books are: