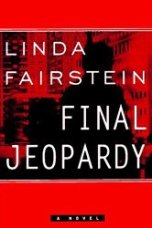 Barnes and Noble’s Nook Daily Find is Winter at the Door by Sarah Graves for $1.99. The Romance Daily Find is The Girls of Mischief Bay by Susan Mallery, also priced at $1.99.

The Kobo Daily Deal is Lisa Jackson’s Never Die Alone for $2.99. They also have a selection of Great Reads at $1.99 or less.

(Note: All prices current at the time of posting and subject to change. Most items marked Daily Deals are good for only the day posted.)