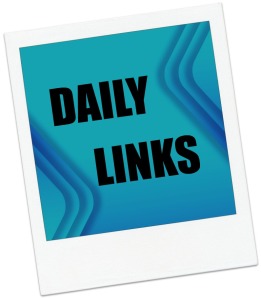 Today, a look at the not so inevitable future of e-reading. Also, audio books are huge right now. Are they the new e-readers? Other stories include news on Facebook video streaming and the possibility of an e-ink keyboard coming for Apple. In deals, get two months of Sling TV for the price of one.

Apple in talks with Australian company to bring dynamic keyboard tech to MacBooks (The Next Web) An e-ink keyboard may not be that far away.

Facebook now lets you stream video to Apple TV and Chromecast (The Verge) Yes, Facebook wants you to watch their videos on your TV screen.

Will print die?: When the inevitable isn’t (OUP Blog) At one time, pundits would have the the future of reading would be ebooks. Now, they’re not so sure.

Are audio books the new e-readers? (CNBC) Interesting video look at how audiobooks fit in to the new reading  paradigm.

In Today’s Deals, a deal to get two months of Sling TV for the price of one.

The Barnes and Noble Nook Daily Find is Wonderland by Jennifer Hillier. The Romance Daily Find is The Accidental Boyfriend by Maggie Dallen.

Kobo’s Daily Deal is The Fixer by Joseph Finder. The Extra Daily Deal is Lord Valentine’s Castle Book One of the Majipoor Cycle by Robert K. Silverberg.

There is also a selection of Great Reads Under $5 and Bargain Reads in Fiction, in Mystery and other genres. The Kobo Aura One (and the Aura Edition 2 e-readers are now available for order at the Kobo store. (The Aura One was supposed to be available today but is still showing as out of stock until October 14, 2016.)

Google Books has a selection of Hot Deals.