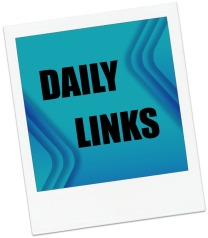 Today we have stories on  iPhones, Chromecast, Mac Books, and telescopes. There are also stories about the current mobile first philosophy and a look at how our TV sets are being reinvented. And in the deals department,  you can get The Host by Stephanie Meyer for $3.99

Everything Apple announced at today’s iPhone SE event (Quartz) All the news about the new iPhone, ipads and other news from the Apple event.

The Joy of Owning an Eight-Year-Old MacBook (Gizmodo) With all the fuss over all the new Apple tech, I found this amusing.

Eye to the sky: Austin Public Library now offers a pair of telescopes for checking out the night skies (Austin Daily Herald) Big +1 for this library. Great tool for learning!

Google rebrands its Chromecast app to Google Cast to reflect expansion to more devices, including speakers (Techcrunch) It’s not just for the Chromecast anymore. And, Vizio is making TVs and soundbars that work with it. And in the Deals department: Star Trek novels!

Is the Term ‘Mobile First’ Becoming Outmoded? (ReCode)Is it really mobile first or do we need to optimize for all platforms?

REMOTE, CONTROLLED: How Vizio and Google radically reinvented the TV (The Verge) Having had a ROKU box go belly up because of a wifi remote problem, I am not sure about this one…

Barnes and Noble is promoting James Patterson’s new BOOKSHOTS series, all-new, original stories that feature a “cinematic storytelling experience” in 150 pages. The stories include favorite characters  like Alex Cross, Michael Bennett, and the Women’s Murder Club.  They are available for pre-order now.

Kobo’s Daily Deal is A Prayer for Owen Meany by John Irving for $1.99.

In other deals, continuing through March 28, Kobo is still featuring bestsellling memoirs for $2.99 and under.

iTunes’ Weekly Bestsellers Under $4 includes The Host by Stephanie Meyer for $3.99. An adult sci-fi novel by the author of Twilight. This is one of my personal favorites. ♥  Amazon , Kobo and Barnes and Noble have this one too!

Google has a selection of Limited Time deals starting at 99 cents. Lots of Star Trek novels in this lot, if you are interested. 🙂