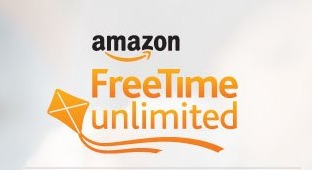 Further information has surfaced in the Amazon forums on the latest issue with Fire tablets de-registering themselves. Earlier today, I noted that this seemed to be affecting Fire tablets with Freetime installed. According to the latest messages on an Amazon forum thread, that Freetime update is the root cause of the issue.

According to a poster on one thread:

Just got off the phone, received confirmation that ALL content and progress is lost. It sounds like it is something to do with the update to FreeTime, and that update accidentally de-registered the kindles.

Others report being told the same thing. While Fire tablets have a backup and sync function, content in Freetime on children’s accounts is a separate backup setting. (You can set Freetime to default to a backup on the cloud under the Freetime settings tab.)

There are also an increasing number of reports (like this one) that many Fire tablets with Free time will not stay registered when the own re-registers them again. In some cases, the tablets are not even showing up on the account owners Manage Your Kindle page. One customer reported being told that the problem was caused by the home’s slow wireless connection!

This problem sees to be affecting a very large number of Freetime users. That means a lot of upset children who have lost not only any personal data, but also all their progress in games like Minecraft. That also means a lot of upset parents who are trying to figure out what is going on. As a parent, I would be pretty upset if this happened to my kids’ devices. Kids tend to take this kind of thing very personally.

Last time, it took a while for Amazon to post an official statement on the issue. We’ll see who soon we hear something. More to come on this.